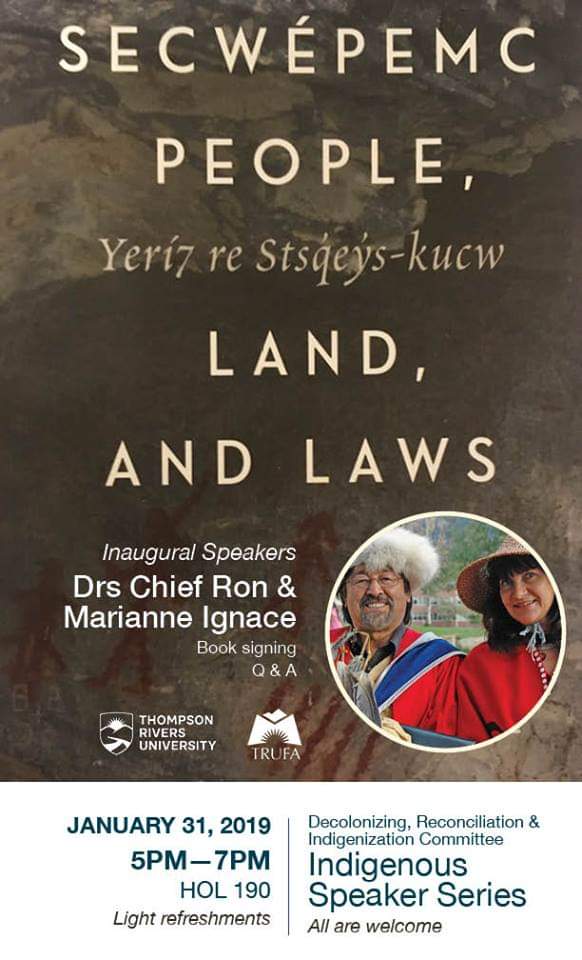 Please note that the event Indigenous Speaker Series Event – Secwepemc People, Land, and Laws originally scheduled to take place on January 31, 2019, 5:00-7:00 PM, has been postponed due to unforeseen circumstances.

For the Secwepemc nation, passage of this legislation will mean that they will be able to make Secwepemctsin one of Canada’s official languages in this territory. It is the culmination of decades of language legislation work that Dr. Ignace and many others have led for many years, locally, nationally and internationally.

Drs Ron and Marianne Ignace’s Inaugural Indigenous Speaker presentation will be rescheduled as soon as possible. Kukstemc, thank you, for your patience and understanding.